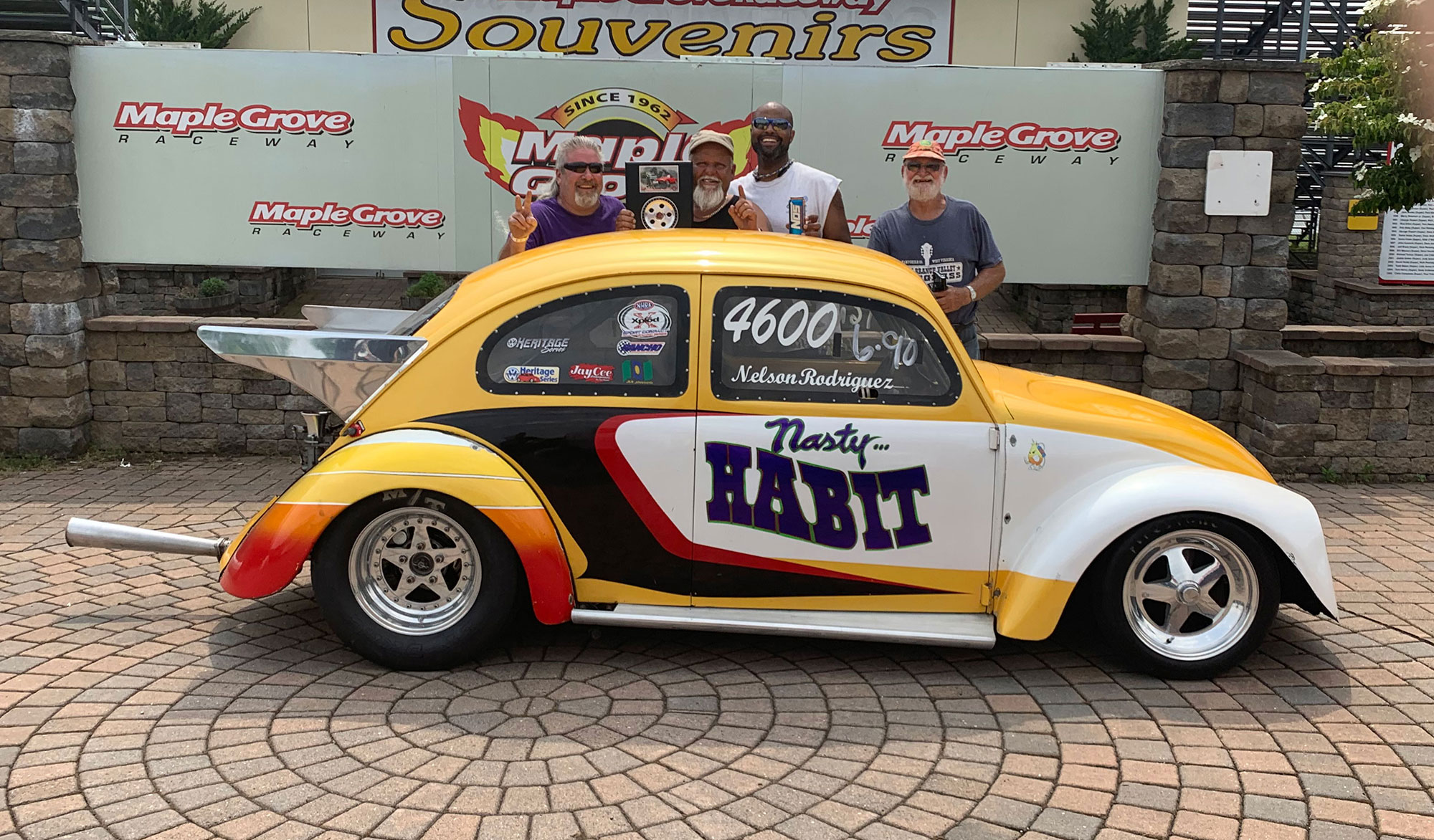 On Sunday June 2nd, 2019 our JayCee Enterprises sponsored Heritage Series had its first race at the acclaimed Maple Grove Raceway in Mohnton, PA. The weather forecast had some projected rain showers later that afternoon so it was decided that we would opt to go with 1 qualifying session in all classes and head straight into eliminations.

The day started with our Rancho Performance Transaxles sponsored I/GAS class. Our 2018 defending champion Eric Hengstenberger made the long drive from Akron, OH to defend his championship against some of the east coast’s best racers. Even a few from down south such as Adam Dalton from North Carolina made the trip to Maple Grove. At the end of the day Nelson Rodriguez Sr. from New Jersey was the last man standing and took home the win and points lead when Eric Hengstenberger was shut off from an oil leak. In 2015 Nelson finished 2nd in the points chase and he’s focusing his attention to capturing that title this season.

In our Island Dub sponsored A/GAS class at the end of qualifying it was Stephen Hawes sitting #1 with a 9.002 @ 152mph. At the conclusion of Round 1 it was defending champion Ricardo Tolay taking the win over Austin Johnson III with a blistering 8.630 @ 176mph. Stephen Hawes had a bye run and ran an 8.625 @ 162mph. The way the ladder was broken down these two could possibly meet in the finals. Mike Pauciullo took the win over Zach Martin and Reggie Lee took the win over Kirk Adams.

In the semi’s it was an ugly round as Ricardo coasted down the track after Mike P. was unable to restart his car after the burnout. Stephen and Reggie had an exciting Round 2 as both cars came towards the center line and both lifted. Stephen got back into it and cruise to the win as Reggie shut the car down. The final round had the 2 fastest cars on the property meeting up as Stephen and Ricardo squared off for their highly anticipated race. Stephen had the jump off the line with a better reaction time but as the car approached the center line, he peddled it twice, just as that happened Ricardo drove by, but shortly after 3rd gear Ricardo’s transmission failed, and he was coasting to the finish line. Stephen got back in it and was chasing Ricardo down but came up short by .024 of a second. Just as Ricardo’s win light came on a HUGE puff of smoke came from Stephen’s car as an oil plug came loose and slung oil everywhere. Luckily the car came to a safe stop and the oil fire was extinguished. Congratulations to Ricardo on his first win of the season and taking the points lead by 8 points over Stephen Hawes.

Our next race is Waterfest on July 20-21 and will be featuring the Island Dub A/GAS class. The next event that features I/GAS will be the Vw Nationals at Mason Dixon on August 3rd.